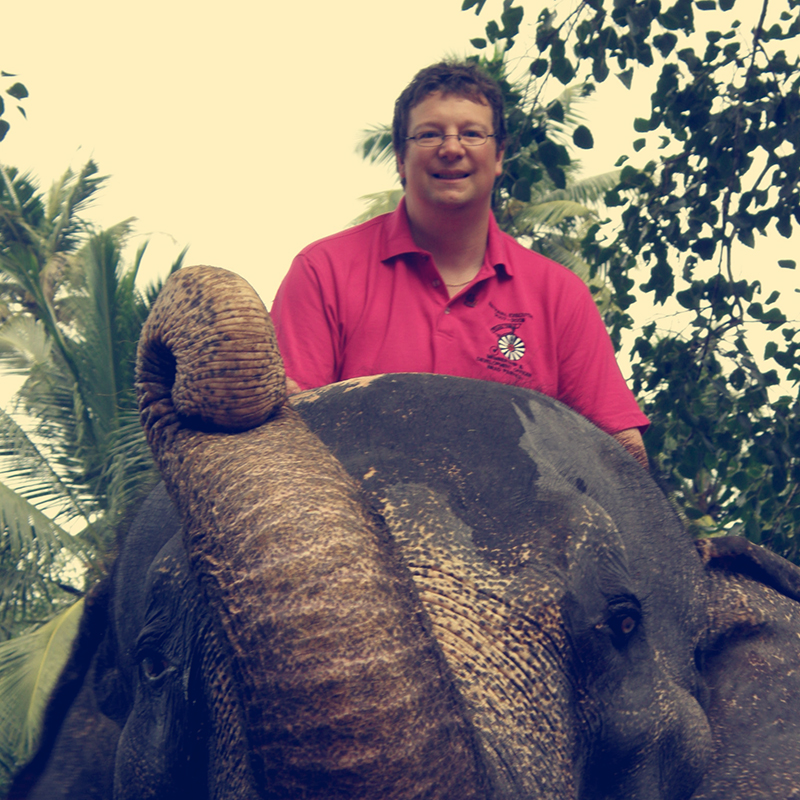 At the age of three, Brad moved to Tenby, Pembrokeshire in South West Wales where his parents bought their first family holiday guesthouse. Being brought up in Tenby provided an enviable backdrop for Brad’s growing up years. The beach was his ‘back yard’, competitive rugby became part of his life at the age of six, and out of season playing in the streets meant most of his life was spent outdoors.

Sharing his home with guests, and swapping large spacious reception rooms and bedrooms for small temporary accommodation in a room above the kitchen, a caravan in the garden and even the garden shed (and that is another story!) gave him an appreciation that ‘customers are king’ from an early age.

Brad always loved being around people and being a part of things. At school, he would often sign up to a drama production, a choir competition, and was an active presence in the school charity week activities. He even arranged a charity parachute jump at the age of 17 for children with cancer.

A regularly attending member of  Venture Scouts, he also became a Cub Scout Leader, and would also regularly volunteer to help the local Lions club with their fundraising efforts.

After school, Brad headed for London, and qualified in 1989 as a Dispensing Optician, and later qualified as a Contact Lens Optician in 1991. He served his early years at S H Harrold Ltd in Beaconsfield, with his tutor, mentor, coach, friend and cheerleader, Richard, who introduced him to Round Table and the Worshipful Company of Spectacle Makers.

In 1992 Brad left Beaconsfield for Birmingham and in 1993 opened his first Specsavers practice in Solihull, with his business partner and brother, Spencer. They opened a second practice in 2008 and continue to run both stores today.

Brad has lectured at Anglia Ruskin University in Cambridge, examined for the Worshipful Company of Spectacle Makers and facilitated workshops for Specsavers. Outside of his professional commitments, Brad has also become recognised as a prolific professional speaker and a communications coach, as well as a qualified Toastmaster.

Since 2003, Brad has been involved with Round Table, holding a number of posts including membership and development officer on the national board from 2006 to 2008. In 2012 Brad joined the Membership Team at The Worshipful Company of Spectacle Makers, and 2013 saw him take up a post of Assistant to the Court – the equivalent of a board position in other organisations.

Brad married Tammy in 2009, in a ceremony presided over by her father, a retired vicar, in the same church in Mawnan Smith in Cornwall where Tammy’s parents, brother and sister were married. Luke was born in 2012, and the three of them are regular supporters of  Worcester Warriors Rugby and love spending their holidays together in both Cornwall and Pembrokeshire.